“We installed our original cooling system in July 2010 and it has worked reasonably well, but over the last few weeks we’ve had a hot spell with daytime temperatures mostly in the upper 90’s and well over 100 degrees Fahrenheit for a few days. That’s normal in some parts of the world but in Michigan, we consider that HOT! Over two weeks of unusually hot weather the house reached 77 degrees at the warmest point when it was 105 outside, which is actually pretty good since we’re cooling the entire house for about 30 cents per day….The Systems total cooling capacity is very small however, so it is practical only because our total cooling load is very small due to the extreme level of insulation in the house, because our south-facing windows have carefully designed overhangs that block direct sun in mid summer, and because we use very efficient appliances that add very little additional heat to the house.

“Since we’ve had a hot, dry spell for the last 4 weeks we have been using a lot of cistern water for the gardens, and we’re down to about 36 inches or 4,300 gallons, out of a total capacity of 12,000 gallons. Hopefully we’ll get some significant rain soon to replenish our irrigation water supply, but we can refill it from the well if necessary.” – Jay & Liz McClellan. 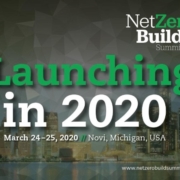 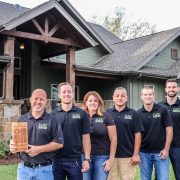 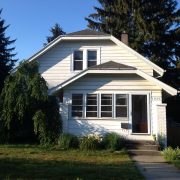 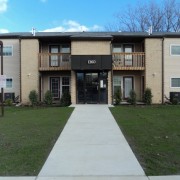 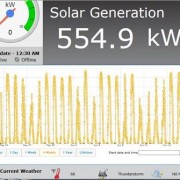