Solar panels and wind turbines sold Meg Barrett and Doug Smit on the Prairie Ridge Estates development in New Lenox. “I would be an ambassador for this type of technology,” Barrett said. (David Pierini, Chicago Tribune / July 28, 2010)

A newly formed company thinks the beacon that will attract homebuyers to its patch of dirt in New Lenox isn’t a clubhouse or walking paths, the extras that once drew attention to new subdivisions, but 30-foot-tall vertical-axis wind turbines.

Prairie Ridge Estates, as envisioned by local developers Jim and Phil Regan, could just possibly become the nation’s largest net-zero energy subdivision, filled with homes that produce as much energy as they use during a year.

But selling 132 lots of really green housing also could prove a formidable task for Energy Smart Home Builders, and not just because homebuilding has screeched to a halt.

The Gworek Residence is a new home constructed in the historic neighborhood of
Wilmette, IL, planning for LEED Platinum certification. The home was designed for a family of four and is meant to optimize energy efficiency, while respecting the scale and character of the neighborhood.

END_OF_DOCUMENT_TOKEN_TO_BE_REPLACED

Residential green building enthusiasts and LEED for Homes projects can rejoice as the state of Illinois has re-established their solar rebate program after a 1+ year hiatus. END_OF_DOCUMENT_TOKEN_TO_BE_REPLACED

The Illinois Solar Energy Association is coordinating its annual Solar Tour on October 3, 2009. This year, several LEED for Homes projects are participating on the tour. END_OF_DOCUMENT_TOKEN_TO_BE_REPLACED 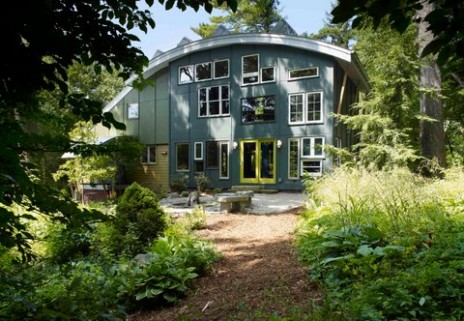 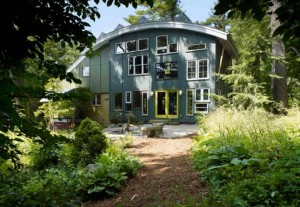 The Nautilus House sprung from a need to fix a leaky roof, and a vision for energy and water independence on a beautiful wooded building site. Form follows function in this building designed to capture sunlight, water, and air currents. Like a
nautilus, it unfolds in an organic shape spiraling upward and outward on the original foundation, with existing materials and spaces re-inventing themselves within and around the structure. The owner, architect and builder worked together to
create a unique vision of home that will become Michigan’s second LEED Platinum residential remodel.

All water from house collected and re-used. 600 gallon tank for a exterior shower on one side, and a 400 gallon recycled grain hopper on the other side. The shower can also be used to water plants, as can the grain 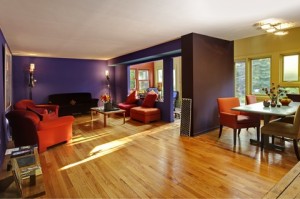 hopper, and both overflow to rain gardens on the lot. The house recycles the heated air radiantly through an advanced duct system Energy Recovery Ventilator. The form and openness of the home also take advantage of another product of solar energy – wind – to create convective currents that cool the home passively. A 4 kW Solar Photovoltaic’s system with Sharp fixed panels and a Sunny Boy inverter. 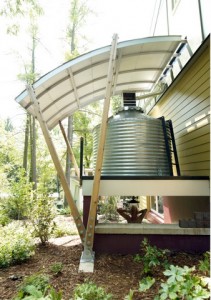 Designed by Image Design LLC and constructed by Hybrid Homes LLC, both of Western Michigan, the home is built with insulated concrete forms and uses Andersen Windows’ 400 series to complete its extremely air tight, energy efficient shell.  A solar hot water system and wind generator help the home conserve and produce its own energy.  Green building products used in the home include finger jointed studs, CertainTeed cement board siding with fly-ash added to it, and solar reflective asphalt shingles. 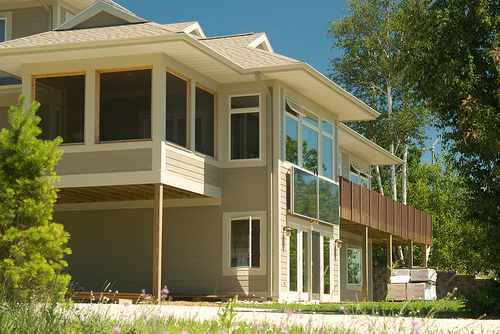 This home is one of 37 Michigan projects that have been certified under the LEED for Homes program. It is the first Platinum level home certified in West Michigan and only the 23rd in the nation. 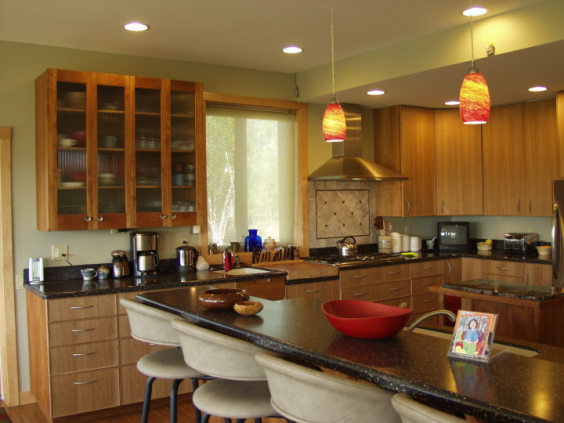 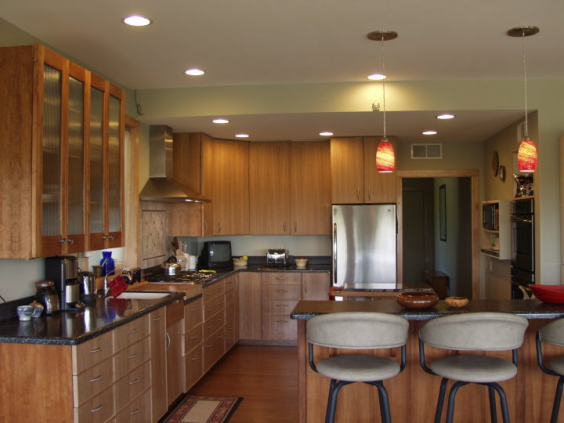 The home was built by Adam Bearup of Hybrid Homes, LLC (Muskegon) who is well known throughout the State for his commitment in building LEED Homes and designed by Eric Hughes of Image Design, LLC (East Grand Rapids) who is recognized for specializing in sustainable residential design. For more information please visit
www.wmhybrid.com or www.imagedesignllc.blogspot.com 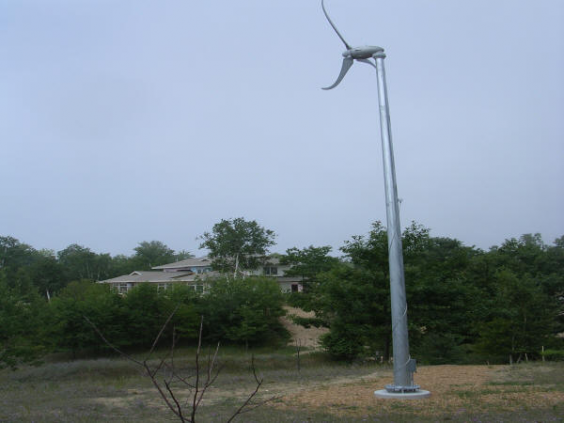